Hand Hygiene in Restaurants and the Food Industry

Hand Hygiene in Restaurants and the Food Industry

When speaking about the food industry, hand hygiene has been demonstrated crucial as many studies of illness outbreaks reveal that the common denominators include cross-contamination and poor employee health and hygiene. Knowing that contaminated hands can transfer viruses and bacteria to 5 more surfaces and up to 14 other subjects, proper hygiene among workers in the food industry is the key to ensure food safety. The impact of foodborne illness can be devastating to both restaurants and their customers’ health, and as a solution, many tend to think that we can avoid foodborne illness just by wearing gloves during food preparation. As always, finding the right solution is not that simple.

Gloves and why wear them 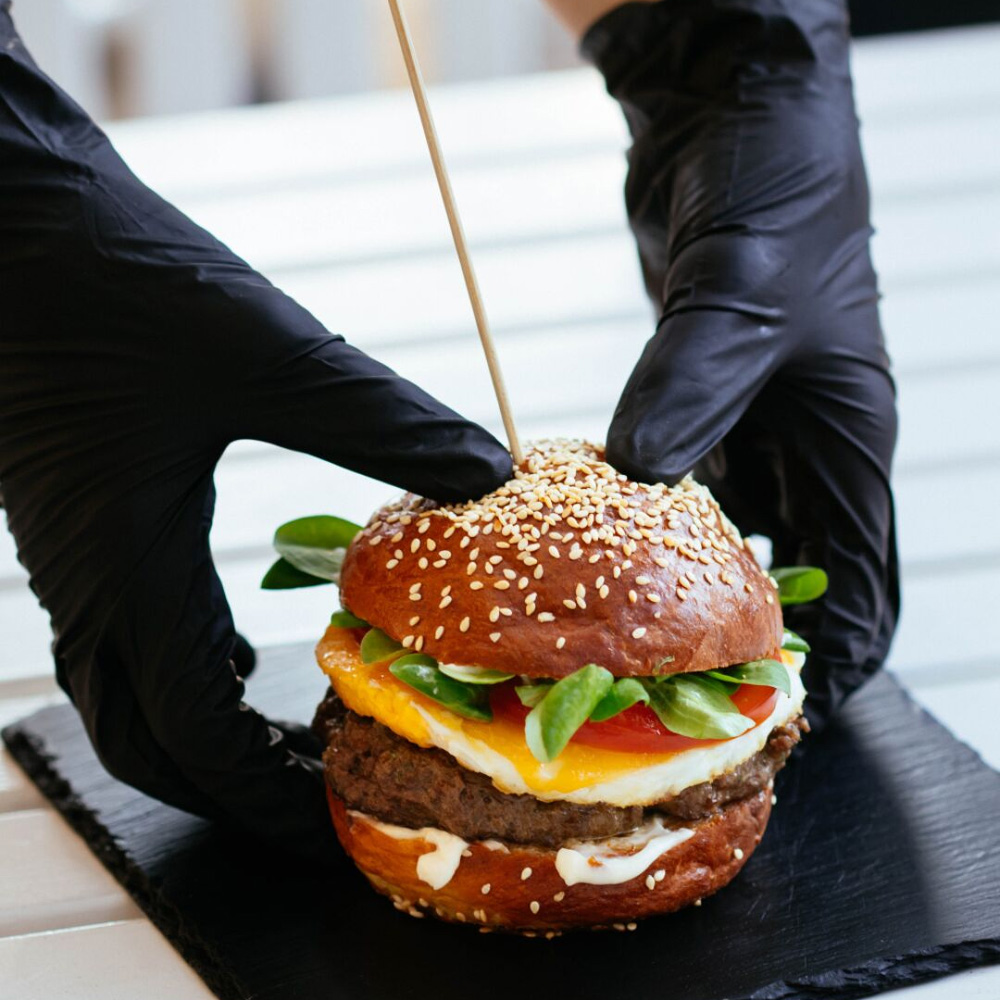 Disposable gloves act as a barrier for germs preventing the spread of food poisoning pathogens and various strains of cold and flu viruses. They are essential in preventing food poisoning outbreaks and they also protect food from being contaminated by dirty fingernails, or from wounds. In some people's minds, seeing restaurant staff wearing gloves gives also a good perception regarding the cleanliness of the establishment. On top of that, for some workers wearing gloves is also more comfortable as it protects sensitive hands and they feel like they have a better grip, making food preparation easier.

Some kinds of foods should not be touched with bare hands as they are more sensitive to bacteria proliferation, so wearing gloves is a good solution for foods like:

Gloves should be worn properly mostly during the food handling process (while preparing food, they may get in the way), and they always have to be changed if they get ripped, torn, or contaminated. But they can create a false sense of security in the mind of the wearer and not be changed frequently enough. If the staff forgets those basic rules, contamination can occur, for instance, after using the bathroom, smoking, coughing, sneezing, and in between preparing raw and cooked foods, having to remove, wash your hands, and change gloves in any of those cases.

Of course, if the food workers have wounded hands or bleeding cuts wearing gloves at all stages, including during food preparation, becomes vital.

3. Are gloves mandatory during food preparation?

Legally food handlers don’t have to wear gloves but in some countries, like in the U.S.A., the law requires that ready-to-eat food be prepared and served without bare hand contact. Wearing disposable sanitary gloves is one of several acceptable ways to comply with this law. In fact, according to a study food workers wearing gloves will fail to change them at the right time or will still wear them even if they are torn, meaning there is a fair chance that bacteria or virus particles spread around contaminating the kitchen area, which includes the food being served to you at a restaurant. So, a good combination of a proper handwashing protocol and the proper use of disposable gloves is the best way to minimize risks associated with foodborne illness.

Hand Washing and its vital goal

The main advantage of not using gloves is that it tends to be more comfortable to manipulate foods, but it suffers the main disadvantage that, even with proper disinfection, the chance of contamination will always be higher than when wearing gloves.

Even if you use gloves or not, proper handwashing is still essential in all cases, especially during these key moments:

Hand washing is vital in preventing contamination of food by food handlers. Viruses and harmful bacteria such as E. coli, Salmonella and Staphylococcus aureus present in the hands of food workers are removed by a proper handwashing protocol. A proper hand wash consists of:

So next time you go to a restaurant and you can see the kitchen operating, don’t be afraid when the food workers don’t wear gloves. But if they are holding their phone while preparing your food, it might be a good idea to change of restaurant.